Status: Active
Description: The North America Rail Series consists of 4 tours which will follow various Amtrak & Canadian passenger rail routes. There are 3 Amtrak tours that will cover north, central and southern United States. There is 1 Canadian tour that will go from the west coast of Canada to the east coast. An award badge will be awarded at the completion of each tour. A series completion badge will be issued at the completion of all 4 tours. The Amtrak Northern Tour is a 2 part tour and is the longest of the North America Rail series. The tour will go coast to coast from Boston to Seattle. The tour will follow the Amtrak Lake Shore Limited route from Boston to Chicago. From Chicago, the tour follows the Amtrak Empire Builder to Portland. The final 2 legs will follow the Amtrak Cascades from Portland to our MEC hub KRNT in Seattle. NOTAM: The correct ICAO code for Glacier Park Intl. Airport is KGPI. FSX shows it as KFCA. Tour submitted by MEC235 Jim S, thanks Jim!

NOTE: This tour is primarily for GA aircraft, however, Lear/Corp jet aircraft are authorized for a few of the longer legs 200+ NM. 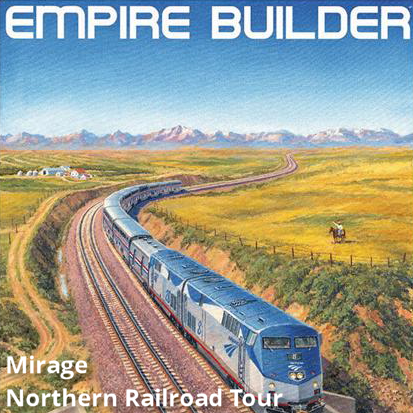