Status: Active
Description: England is geographically divided into a number of regions. The regions of England, formerly known as the government office regions, are the highest tier of sub-national division in England. Between 1994 and 2011, nine regions had officially delegated functions within government. While they no longer fulfill this role, they continue to be used for statistical and some administrative purposes. They define areas (constituencies) for the purposes of elections to the European Parliament.

NOTE: For the first leg, Newquay Airport (EGHQ) is recognized in XP11, however, in FSX and P3D, it is recognized as EGDG. EGHQ is also in the Mirage database so for SmartCARS purposes, EGHQ will be recognized. 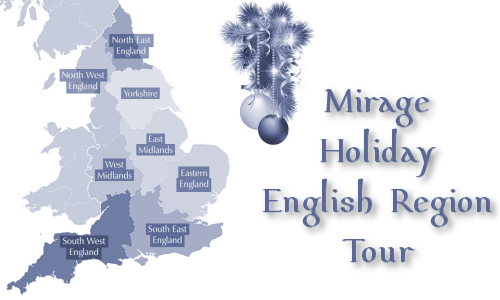